skip to main | skip to sidebar

Traveled throughout more that a few times and lived in the great state of Arizona for a few as well. This place really is a secret besides the Grand Canyon. The amount of local beer in this state is staggering. Taking scalps here proved a little more difficult since a lot of the local micros only can the liquid gold. I thought about using a pair of tin snips but ended up mostly taking sport photographs of the locals. 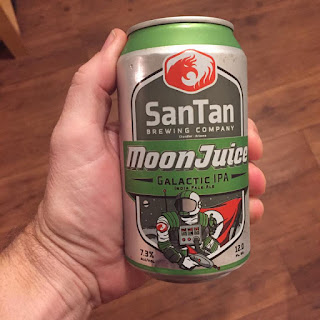 SanTan Moon Juice Galactic IPA circa 2016
The Moon Juice is a wheat IPA so it pours a dark orange hazy color with a fluffy head. APV comes in at 7.1% so it has a after kick to it too. The flavor is a little tropical fruity and not too hoppy with a not too much carbonation. It finishes well and did leave my mouth with the typical IPA flavor. I like this beer and I am not usually an IPA guy, maybe because of the spaceman and the ray gun. #santan #moonjuice 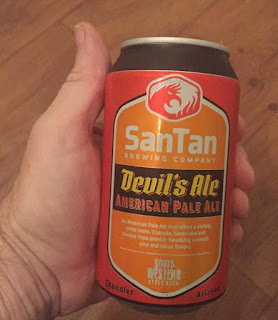 SanTan Devil's Ale APA circa 2016
The Devil's Ale is a cooper coloured brew that the hops jump out at you and has a sweet malty after taste it kinda seemed like more of a IPA. It is a solid beer with a APV of 5.5% but it is very similar to many others out there.
Posted by e-man
Email ThisBlogThis!Share to TwitterShare to FacebookShare to Pinterest 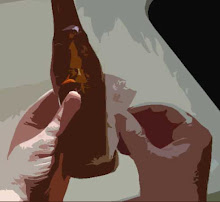 This is were the journey begins. It started over 10 years ago on my travels in SE Asia. The beer scalps were a memento or a pelt if you will of the beers that had been conquered. From here, I will share my beer scalps from around the world and discuss my opinions on the looks of them and the method of taking them and even the tastes of the beer if I can remember.